Hyperinflation and me | The Ruffer Review | Thinking | Ruffer | Investment Management 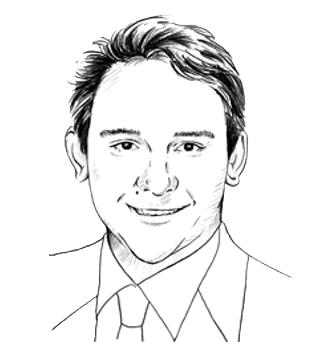 My mother brought me to London in 1992, seeking refuge from the nascent civil conflict in our home town of Sarajevo, capital of Bosnia and Herzegovina. She was a refugee with a suitcase, a six-year-old son, and $100 in cash to her name.

This was not how my mother imagined her future self in February 1984 when Sarajevo, at that time a regional capital in the Socialist Federal Republic of Yugoslavia, hosted the XIV Winter Olympic Games. For much of the British public, this Olympics is etched in the memory thanks to the twirling purple chiffon of ice-skaters Torvill and Dean. With my parents perhaps caught up in the post-Olympic glow, I was born the following year.

The glow did not extend to the Yugoslav economy. Through the second half of the 1980s, Yugoslavia struggled. There was wage-price inflation (and related labour strikes), an IMF debt restructuring, a growing external deficit, and the transfer of companies from state to private ownership.

In October 1989, a few weeks before the fall of the Berlin Wall, the well-regarded, Western-oriented prime minister of Yugoslavia, Ante Markovic, went to visit US President George H W Bush. The Americans were willing to continue to provide funding to support the Yugoslav economy in exchange for difficult structural reforms and market access. In US intelligence quarters, there was some concern about the growing internal tensions within Yugoslavia, but for the most part, the talk was of economics. The mood was one of guarded optimism. At the time of Markovic’s 1989 trip to the White House, very few educated Yugoslavs – and even fewer informed foreign observers – foresaw the destruction of life, capital and currency in Yugoslavia in the years to follow.

My mother was not alone in being ill-prepared for what was to come.

The day my mother and I fled Sarajevo in January 1992, a Yugoslavian dinar was worth approximately 280,000 times less than it was on the day of my birth in September 1985. It was our connections, not our savings, which afforded us the car journey to the airport, to join the UNHCR (United Nations’ refugee agency) airlift.

In 1993, the year after we left, the simmering civil conflict turned into all-out civil war. The fact that my mother was a Serb and my father a Croat mattered more with every passing day. And what little value there was left in the dinar, and indeed in dinar-priced assets, evaporated.

October 1993 brought the now-infamous 500 billion dinar note. I remember my father reporting this note with 11 zeros was worth “roughly one cabbage” at the time of issue. The data seem to back this up. By 31 December 1993, one US dollar was worth 1,775,998,646,615 Yugoslavian dinars. At that rate, the dinar was no longer useful as a medium of exchange. People resorted to barter – typically expressed in quantities of petrol, cigarettes or cooking oil – and, for those lucky or connected enough to have access to it, Germany’s deutschmark.

In 1990, Yugoslavia was the 24th largest economy in the world, six places above Saudi Arabia and 10 above Norway.1

Economists examining the causes of the Yugoslavian hyperinflation of 1991 to 1994 were initially puzzled. The Yugoslavian federal budget was running up only small deficits throughout the 1980s. There also seemed to be little problem with external creditors. In 1990, externally held debt totalled only around $21 billion, in an economy with a gross domestic product (GDP) of around $120 billion.1

Hyperinflations are usually associated with profligate governments and external creditors yet, prima facie, Yugoslavia presented neither. On closer inspection, however, three comingled inflationary forces were at play.

First, the central bank was printing dinars. The National Bank of Yugoslavia (NBY) was funding the foreign currency deposits and purchases of state-owned companies, and doing so at fixed exchange rates.

Between 1978 and 1988, the NBY’s explicit policy was to underwrite the exchange losses on foreign currency deposits that were redeposited by commercial banks with the NBY. This led to the net worth of the central bank plummeting to -$4.5 billion (the trough was probably a lot lower during the period).2 So to the extent that a central bank’s net worth can be regarded as a national debt – and, despite the Yugoslav experience, there are still economists who argue that it shouldn’t be – Yugoslavia’s debt was ballooning. Throughout the 1980s, the NBY was in effect having to print even more money to fund the purchases of foreign goods on which Yugoslav industries and consumers relied.

The third inflationary force involved a form of enterprising ‘carry trade’. As if being milked by com-panies and regional governments wasn’t bad enough, money was also being created at pace by individ-uals and businesses engaged in aggressive carry trades out of the Yugoslav dinar.

For example, people would travel to small banks in rural areas at the other end of the country and cash in completely unfunded cheques. They would then exchange the cash for foreign currency, usually deutschmarks, and wait for the cheque to arrive at the bank’s HQ for settlement. This process could take months – as anyone who has ever tried to drive across rural Bosnia will understand.

The carry traders would convert a part of the foreign currency they acquired and repay their debt, greatly reduced by inflation. They would keep the rest of the new money they had created. Companies, struggling to pay their workforces, adopted similar tactics.3 Expectations of high inflation had become ingrained in the population through the 1970s and 1980s, and a deterioration in the domestic political situation then led households to draw the conclusion that the country and its currency were going to the dogs. This, of course, became a self-fulfilling prophecy.

Why was the NBY so loose with money supply, and bank regulation so lax? To find the answer, one needs to understand the political context.4 The patriotic socialism pursued by Marshall Tito demanded a healthy economy to prove the worth of the socialist federal state of Yugoslavia, over and above the six rivalrous republics that constituted it. Tito wanted to prove they were better together. To do so, he had to spend spend spend.

During the Cold War, Yugoslavia’s strategic relevance to both East and West gave Tito access to funds. Grand, centrally-planned, credit-fuelled, inefficient fixed-asset investment was dominant in the 1960s and especially the 1970s – a time many former Yugoslavs look back on fondly as a golden age. Almost all companies were state-owned. Workers’ Councils were put in charge of setting wages, with predictable results.

With Yugoslavia the right side of the Iron Curtain, European holidays were common. My mother often tells the story of a trip she made to London in 1976. In Britain, on a choir tour, she swanned around Selfridges, buying Black Watch kilts and Burberry overcoats – all on the dinar salary of a graduate trainee.

In (1976) Britain on a choir tour, she swanned around Selfridges, buying Black Watch kilts and Burberry overcoats – all on the dinar salary of a graduate trainee.

The combination of the oil price shock in 1979 and Tito’s death in 1980 brought with it a reckoning.

The dinar was devalued by 30% in 1980. The gentle currency printing that had hitherto financed fixed investment, higher salaries and fast economic growth gave way to more aggressive currency printing that financed the economic equivalent of treading water in a fast-moving stream. With the end of the USSR in 1991, Yugoslavia lost its strategic relevance, and with it the patience of its creditors.

The nature of money printing (or ‘quantitative easing’ as it is now called) is that it can initially fund stability and growth. But, like an addictive drug, you need more and more of it as time passes to have the same effect. As it was in the former Yugoslavia, so it is in today’s China; and so it may be in the West.

If a printable currency and a double deficit are the tinder, nationalist politics may be the match.

Gold matters
September 2020: John Wong, co-manager of the LF Ruffer Gold Fund, and Jenny Renton, Investment Director and co-manager of the Charity Assets Trust, assess the case for gold and share their thoughts on its role in investors’ portfolios.
Read
Buy and hold | The Ruffer Review | Thinking | Ruffer | Investment Management
Buy good companies. And own them forever. As investment approaches go, it is seductively simple. In a financial world that often looks confused, and in places absurd, buying and holding a portfolio of high-quality companies has evident appeal.
Read
Ruffer Review 2020
Download our 2020 edition of the Ruffer Review. It covers everything from a new Cold War to the likely impact of the post-crisis surge in government spending.
Read


The article was originally published in The Ruffer Review 2020.