Natural capital: why investors should care 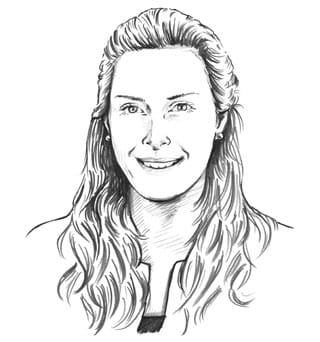 Once again, extreme weather made headlines in 2018. In the UK, while we didn’t reach the highs of Sydney or the lows of Omaha, there were extremes by historical standards. Take St James’s Park, a short walk from Ruffer’s office in London. On 19 March 2018, there was snow on the ground. On 19 April, the temperature hit 29.1°C, the highest in the UK in April for nearly 70 years.

Weather patterns are changing. The world’s rainforests are being destroyed. Our atmosphere and oceans are increasingly polluted. One way of understanding these interconnected events is that they are a consequence of the depletion of the world’s natural capital. This is fast becoming an important concept for investors.

A tragedy of the commons – and of the horizon

Natural capital is an evolving concept and one that can be defined in many ways. In essence, it is the world’s stock of natural assets – including air, water, soil and all living things – that combine to yield a flow of benefits to people.

Human life is possible because of natural assets and the benefits we derive from them. These include the food we eat, the water we drink and the air we breathe. As well as other vital processes for human survival – such as climate regulation, flood defences and carbon storage.

Consider the rainforest. It is not just a resource of wood but also a carbon sink. It plays a central role in regulating our climate.

These natural assets are difficult to protect and even harder to value. As often happens with shared assets, they have been exploited and used wastefully for years, with the consequence that the world’s natural capital is being depleted.

Using a concept from economics, this is a tragedy of the commons. A tragedy where individuals act independently and according to their own self-interest. Yet their individual behaviour is contrary to the common good because it depletes or damages a shared resource. Originally, this concept used the example of unregulated grazing of livestock on common land. In the modern context, it can be applied to any shared resource, such as rivers, oceans and the atmosphere.

Today, we face not only a tragedy of the commons but what Mark Carney, Governor of The Bank of England, has called a “tragedy of the horizon”. As a lot of the damage to these shared assets is cumulative and persistent, current generations are imposing costs on futures ones.

These natural assets are difficult to protect and even harder to value.

The world’s natural capital is made up of lots of diverse assets. There are many ways they can be damaged and the number of companies, industries and sectors causing the damage is vast.

As investors, we are stewards of our clients’ assets and so we must consider all potential risks.

Imagine that the costs of damaging the world’s natural capital currently sit on a theoretical planetary balance sheet. What if some or all of these costs were reallocated to the financial balance sheets of individual companies?

Water pollution is a good example. A mining company damages natural capital by releasing chemicals into waterways. If the company was made to pay for this damage, its costs would increase substantially and profitability would fall. Similarly, some businesses within industries such as agriculture or tourism have negatively impacted biodiversity – how might these businesses be made to pay for this damage?

Calculating the value of the world’s natural capital – and the costs of the damage to it – is not straightforward. But progress is being made, and the estimated costs are high.

For example, The Lancet Commission on pollution and health estimated the annual cost of pollution to the global economy to be $4.6 trillion. This is equivalent to around 6% of global economic output.

The area that should be of considerable concern to investors is greenhouse gas emissions.

The atmosphere is a shared resource that’s being damaged by individuals and companies around the world. The problem is hard to solve, because greenhouse gas levels build up over time; the gases remain in the atmosphere for decades; and the effects can be felt thousands of miles from where the gases were emitted.

For greenhouse gas emissions to move from an environmental issue (which some companies still ignore) to a financial issue, a meaningful price for carbon is needed.

The report of the High-Level Commission on Carbon Prices analysed what would be needed to achieve the goals of the Paris Agreement on limiting global warming. The Commission concluded the price of a tonne of carbon needs to rise to at least $40 to $80 by 2020, and to between $50 and $100 by 2030. That compares with prices of below $20 per tonne in Europe for most of 2018. A number of options are available to achieve a meaningful price on carbon, including a carbon tax or an emissions trading scheme.

A company’s greenhouse gas emissions can be measured (and this is easier than, say, measuring damage to biodiversity). The available data is impressive. Coverage is broad, allowing for comparisons between companies, and over time.

With new perspectives and data comes the opportunity to hold companies accountable for the damage they are causing to natural assets. Paying compensation for emissions could substantially raise operating costs, reducing the profitability and financial returns of whole industries. Companies that don’t comply with new regulation might also lose their right to operate.

There is now a strong case for all investors to consider natural capital issues as, ultimately, every company depends on natural assets.

At Ruffer, we want to understand how the companies we invest in are managing natural capital issues, particularly the risk of a meaningful price on carbon.

We seek to understand how a company governs these risks at the management and board levels. To evaluate a company’s strategy accurately, we need data on greenhouse gas emissions. And we need detailed disclosures, including information about whether the company uses an internal price of carbon (and, if so, how this is used in its scenario analysis).

To encourage companies to disclose this information, and to improve corporate governance, we collaborate with other investors who share our concerns. A number of initiatives have been launched recently, the largest of which is Climate Action 100+. Ruffer was a founding investor signatory in December 2017.

More broadly, to preserve and protect the world’s natural capital, investors need to develop valuation techniques and methods that allow companies to quantify their impact on natural capital, and the extent to which they depend on natural assets. There have been some encouraging early steps here. But there are still many issues in the structure and consistency of the metrics that are being used. Only when these metrics can be linked to traditional valuation measures will it be possible for investors to evaluate fully a company’s impact and dependence on natural capital.

For investors, natural capital is no longer purely an environmental concern. It is also a financial one that should not be ignored.

Social pressure is changing the debate – and the regulatory response – as environmental issues become harder for governments to ignore.

The changes will affect entire sectors, bringing investors both opportunities and risks, as new companies emerge, new regulations are applied, and as new technologies and industries develop.

Print to PDF
Climate change: the roles of divestment and engagement
To tackle climate change, both governments and companies need to act; how companies manage their greenhouse gas emissions has become fundamental to their long-term financial performance. For investors seeking to influence the behaviour of companies, it is not necessary to choose either divestment or engagement, it can be a combination of both.
Read
Ruffer Review 2020
Download our 2020 edition of the Ruffer Review. It covers everything from a new Cold War to the likely impact of the post-crisis surge in government spending.
Read
Corporate governance in Japan
2018 saw both another major corporate governance scandal and the revision of the corporate governance code in Japan. We discuss the areas in which significant change has been achieved, and those in which there is still more work to be done.
Read
This article was originally published in The Ruffer Review 2019. The views expressed in this article are not intended as an offer or solicitation for the purchase or sale of any investment. The information is fact based and does not constitute investment research, investment advice or a personal recommendation, and should not be used as the basis for any investment decision.
recent articles
A vaccine: to v or not to v? That is the question
September 2020: The superforecasters of the Good Judgement Project believe there is a 93% probability we will have an FDA-approved vaccine in a year, and enough of it to inoculate 25m people in the US. This is up from just 20% in the dark days of April.
Duncan MacInnes
8 mins | Green Line
Ruffer Radio: Gold Matters
September 2020: John Wong, co-manager of the LF Ruffer Gold Fund, and Jenny Renton, Investment Director and co-manager of the Charity Assets Trust, assess the case for gold and share their thoughts on its role in investors’ portfolios.

Jenny Renton
27 mins | Ruffer Radio
Buy and hold
Buy good companies. And own them forever. As investment approaches go, it is seductively simple. In a financial world that often looks confused, and in places absurd, buying and holding a portfolio of high-quality companies has evident appeal.
Duncan MacInnes
18 mins | Ruffer Review
Investment Review
June 2020: This review touches briefly on what has gone before, then sets out what we expect for the coming months and years.