Bernard Connolly, the prominent former European civil servant, expelled from the EU for writing ‘The Rotten heart of Europe’, and now an economic commentator, has an idée fixe. It carries the snappy cachet ‘intertemporal disequilibrium’, which is a hoity–toity (or possibly Irish) way of articulating the fact that if you eat tomorrow’s cake today, you’ll go hungry tomorrow.  It is a helpful insight, which chimes with our constant refrain of a coming inflation: put the two together, and you have Connolly’s ‘cause’ and Ruffer’s ‘effect’; eat tomorrow’s lunch, and tomorrow will be the poorer for it. The instrument by which we will become poorer is inflation with nominal returns very considerably below the rate of inflation.

Investors who seek to keep safe in this world are faced with the footballer’s ‘game of two halves’. The double–helpings of cake in the short term make the economic profile fatter than its long–term average – later, the outlook is for leaner times than would otherwise be the case.

In this first half, there is both opportunity and danger – and the clearer the opportunity, the sharper the danger. Companies with steady cash flow which are managing to show some growth have share prices which have been steadily and unexcitingly making progress. We now own few of these high quality companies, having sold them much too soon. We did so because the safety and quality of such businesses does not make for a safe investment if the stock prices are over–valued, and we believe they are.

The same is true of well–researched smaller companies where skilful stock pickers have been able to identify the characteristics for corporate prosperity and have been rewarded by rising share prices, and correspondingly expensive ratings. We have participated in this, but at the periphery, not as a core part of the portfolios.

We have comparatively little money in equities, slightly over one–third of portfolios, which is towards the lowest percentage we have ever held. We have a geographic bias towards Japan, which was good until the middle of last year, but has since been hit by its proximity to China, and by policy decisions in Japan itself. We think they will be reversed, which is why we retain this position. As a theme we hold ‘value’ stocks, seemingly the worst place to be, full of company and industry–specific risk, and if there is only to be a short day in the sun, why spend it under the shade of becalmed ratings? The answer is that a change of investment climate invariably brings with it a change of market leadership, and the discomfiture of ‘quality’ should create appetite for ‘value’.

The markets are nervous and volatile, evidenced by the sharp fall, and equally sharp recovery in the last quarter. Some of this is technical. Sharp rallies make it expensive being a bear – although there is a great deal of bearishness about. That’s scarcely a surprise. The United States may soon be run by an outsider. Europe is overwhelmed by refugees and terror, and the fear that the German anchor may not be the force for stability that it has hitherto been. Britain flirts with Brexit. 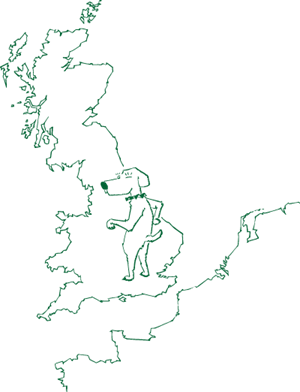 All this leaves a window for absolutist regimes in Russia, China and the Middle East to wax strong. The Central Banks fear – rightly – that they can do nothing if economies turn down, but at the moment they are OK: the US is growing at between 2% and 2.5% per annum, Britain about the same but slowing, Europe less, but growing and Japan too. This is not the rebound to recovery that they yearn for, but nor is it the crisis that the doomsters expect daily.

The decisive factor appears to be the markets themselves. While they hold up, or recover sharply after each fall, confidence holds up as well. It is hard to feel that the world is broken when asset prices are high – even a chronic lack of income in an income–less world seems manageable if the capital value of the assets is buoyant.

For this reason, the direction of the markets might be the decisive factor in determining the course of the economy. It is well known that market downturns act as a harbinger of bad economic news – but this is akin to the work of a barometer, which responds to an actuality of falling pressure which announces the storm. This time it could be the cause – we are in deflationary conditions, and the true enemy is, as always in deflation, a lack of confidence: a fall in markets, not followed by a bounce, could shock everyone into seeing how deflationary the conditions have become.

The unconventional – some would say desperate – measures which the Central Banks have introduced since 2009 have bought time – but they have not brought a solution to the deflationary trend which has rolled inexorably onward.  The howitzers of the Fed with their quantitative easing, the bazookas from Japan and the Minenwerfer from Draghi in Europe have stabilised the world after the trauma of the 2008 credit–crunch. But these measures, which used to be regarded as inflationarily reckless, have not stopped the deflation. Traditional economic wisdom has nothing to say – have the authorities not done enough, have they done the wrong thing? Is deflation unstoppably powerful? There are advocates for each of these views. What is clear to all in authority is that the massive amount of debt in the world and the deflationary character of the world’s trade must not be allowed to combine to create a depression; as that most fatuous of Royals, King Edward VIII, remarked in the Cardiff slums, ‘Something must be done’.

There is one ‘solution’ yet untried – direct creation of money by governments. Why hasn’t it been used? Here is Roger Bootle on the subject in the Daily Telegraph. ‘[It] has been taboo for very good reasons. It is dangerous. The threat of inflation is obvious enough. Think of Weimar Germany or today’s Zimbabwe.’ It is a routine response to financial shipwreck, but, as anxiety has risen, so the taboo is breaking – first, among academics, who talk about fiscal expansion as a viable answer. Just as ‘quantitative easing’ was a euphemism since nobody knew whether this initiative into terra incognita would encounter dragons, so ‘fiscal expansion’ is a euphemism for what is more generally, if unhelpfully, known as ‘printing money’. Take Russia today, in a vortex of deflationary forces – its major exports are primary goods, especially oil, which has plummeted in price, its capital is fleeing the country, business conditions are terrible – the very essence of deflation, but how is it that the baboushka suffers not deflation, but inflation when she shops?  Because the currency has slumped in purchasing–power, reflected, but not caused, by a falling in value in the foreign exchange market. The same is true in Brazil, and over the last generation, most of South America. It rarely happens in first division countries – France in the late 1950s would be one example, and there is only one occasion when it has been true of all first–division currencies at the same time. That was in the 1970s, provoked by sharp rises in commodity prices and validated by strong trade unions demanding higher wages. They are almost laughably the opposite dynamics to those that obtain today. Falling raw material prices cry out ‘deflation’, and unions are powerless to protect the working man, whose economic retreat in all countries is absolute. But what copper and the TUC can’t do today, those weasel words ‘fiscal expansion’ can do – and there is now an intellectual framework for this to happen. Those who are fearful of it always go to its caricature, Weimar and Zimbabwe, but a country only has a currency which becomes worthless when it is bankrupt – it can always change direction (back to austerity) when profligacy becomes too expensive. But it is still a dangerous thing to do, and will need another bold government to follow the lead of the recently elected Trudeau government in Canada in implementing it.

For a fair while, it had looked as though we would see it first in Japan, where the evils of deflation are more absolutely understood than elsewhere, and where there is a bold and determined premier, Shinzo Abe, who has staked his reputation on beating deflation. We were aware that there was a bazooka in the offing in late January, and thought that it might be announced then – alas, Kuroda, head of the Bank of Japan was holding a gun, but by the wrong end, and in announcing negative nominal interest rates, he sparked a headlong fall in world stock markets, led down by the Japanese banks, which we own in size. What this episode has shown is how difficult it is to impose fiscal expansion (in Japan, it is the entrenched Ministry of Finance which will not countenance a radical fiscal move), but also how ‘more of the same’ is leading to dangerous and uncertain results, which show that monetary responses have their dangers, too. Nevertheless, we continue to believe that it will be in Japan that a fiscal expansion (and its inflationary implications) will come about.

Our conclusion is that there is bad stuff out there, but, as always, we make no attempt at timing the darkening of the sky. Those who share our fears, and have acted on them, have been massively caught out. Those who stick to momentum investment have every reason to congratulate themselves on keeping out of trouble by ‘sticking to quality’, but keeping out of trouble will necessitate a move away from these assets, which will require a different mind to the one that got them into the assets in the first place. We remain nervous, but we continue to believe that our holdings of inflation linked–bonds will provide the ultimate safety our clients need, although they could easily be volatile, tested by the realisation that we are staring at true deflation.