Oscar Wilde deplored the type of person who knew the price of everything, and the value of nothing. But is this good investment advice? We have spent several years watching the price of assets going up when there is no reason to suppose they have got more valuable. That upward trend has been decisively broken with most of the major indices down by double–digits at some point during the last quarter. The fear of a correction has kept many investors on the sidelines, and, now that the market has retreated, such concern looks to be reasonable. But it is hard to be sure of this on objective grounds alone. Other investors who have braved the wall of worry point to the fact that the fundamentals are still sound – even China is producing decent statistics on retail sales, and robust cement and general construction figures show infrastructure spend is holding up. The result is a sharp day–to–day oscillation, with prices whipsawing downwards and upwards. If and when the market does make a decisive move, it will seem obvious that it was on the way – but both a sharp recovery and a slump will feel similarly inevitable – after the event.

Having made my first stock exchange investment in 1967 (Arthur Guinness at 21 shillings and seven pence halfpenny), I can honestly say that this is the most difficult period for investment I have ever known. The reason is that all investments are trading in lock–step – fine when they all go up, but leaving one protectionless when they go down. Most investors fear bear markets, but they are manageable if one invests in assets that do well in such conditions – the nature of those assets rotating depending on the nature of the crisis. Thus, in the inflationary 1970s, it was commodities – first, gold, and latterly energy – which did well. In the 1987 bear market, it was index–linked stocks which were mouth–wateringly cheap – they were an excellent haven through the crisis. In the post–TMT world, cheese stocks and housebuilders were the flavour of the month, and rose even as the stock market indices fell; in 2008, it was the yen and the Swiss franc which saved the day.

We believe that in the current climate, it will be easier to play the aftermath of a fall in the market, than it will be to perform well in the initial bear–market phase, because diversification may not protect in the way that it has in the past. A move into cash might (or might not) be safe, because instability will, in all probability, herald a rise in inflation, unaccompanied by a consolatory rise in interest rates. It might look as though the correct thing is to switch out of conventional assets into cash, then watch the fall in asset prices and then buy index–linked bonds. This might turn out to be right, but a strategy that requires a series of accurate calls, and in the right order, is best left to those cleverer than us. We have been well served by a policy of preparing the portfolio for the destination of events, without paying attention to the nuances on the way.

I am intrigued by the nature of risk at the moment. Wearing my hat as a trustee of a family trust, I found myself reviewing a portfolio which, by today’s standards, had an exceptionally high yield – upwards of 3%. I asked the managers if they were comfortable with this, and whether they would opt for a lower yield if they were free to do so. The response was that it would give the managers the latitude to increase the risk by investing in low–yield stocks. The thrust of my question, of course, was that the high–yield portfolio was high–risk, since it concentrated into those stocks which all yield–seekers had sought out, and would be the most vulnerable if financial conditions reverted to something more normal.

If one accepts that this zero return on cash is a distortion, then one can expect those who are the victims of this distortion to take more risk than they would naturally do – so an investor whose natural home is in short–dated government stocks of high quality begins to compromise: first in governments of lesser quality, in longer duration bonds, in corporates, in high yield (the euphemism for unsafe bonds), and finally in equities with a solid yield. They accept with stoicism that a dividend is a discretionary payment by a corporation – a far cry from a contractual obligation by a sovereign government.

These ‘safe’ equities are therefore attractive to those who are trying to keep their risk to a minimum consistent with a yield of some sort on their portfolio. At times of stress, this class of investor is joined by another – those well able by circumstance and humour to bear equity risk, but who judge that it is time to take in a bit of topsail, and moving into the safer end of the equity spectrum. Thus the prices of the safer stuff – the utilities, the tobaccos, the ‘low–beta’ stocks are driven upwards, speeding on their way with the help of momentum traders. They seem to us to be dangerous.

The Financial Times recently featured a chart which showed that this intuitive observation is borne out by the facts. The least volatile stocks in the US market (the Russell 1,000 Index) are now the most highly rated – at least in terms of price to book value. That same chart shows that they are trading at close to three times book – when one considers that a ‘how to invest’ volume written in 1986 stated that one half of book was the moment to buy, and one times book the moment to sell, one begins to see how dangerous ‘safety’ is. It is the mirror–image of the fact that fixed interest stocks (the ‘safest’ asset class) are also off–the–chart expensive. I have quoted before the Scandinavian economist, Knut Wicksell, who observed that when interest rates went to zero and stayed there, expect investment valuations to reach infinity. Three times book may not be infinity, but it’s not safe – when you overpay for a ‘safe’ asset, it becomes doubly dangerous, since you have no possibility of being bailed out by happy surprises; it was bought for its inability to surprise in either direction.

It makes us wonder whether the more exuberant equity investments do not have an element of safety in that their valuations, not enjoying the distortion–premium of the steady eddies, might surprise on the upside. And our views on what is going on in the world reinforce our quiet enthusiasm for equities with hair on their chests.

The squalls we have seen in the stockmarket in August and September are not unusual when markets are high, but we do not accept the conventional explanation that the world economy is in difficulties. China is a case in point.

The devaluation of the Chinese currency some weeks ago was regarded as an aggressive act indicating the possibility of a trade war, with a cheaper currency being the opening shot. We think this is unlikely to be the case. Not only was the quantum small – a devaluation of less than 4%, but it is usually wise to remember that China plays the long game, and wants to be a full member of the G–7 community. A stepping–stone on the way to this is to establish its currency as having Special Drawing Rights (SDR) in the International Monetary Fund – and a decision is expected early next year. Christine Lagarde’s statements (she’s the head of the IMF) at the beginning of this month are supportive of this view. We believe it was a touch on the tiller in preparation for this SDR inclusion which caught markets by surprise, amplifying fears of an economic slowdown. 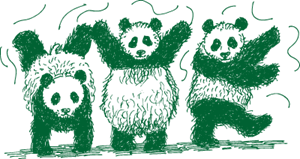 We do not doubt that their economy is slowing – it has been for three years – but we doubt it is accelerating down. So, while the pandas (Chinese bears) tend to be black and white about these things, we think it is more nuanced for investors. Economy–sensitive investments linked to emerging markets and China are not without risk; they may, however, be better priced for it than supposedly safe investments.

We remain nervous that all assets are over–valued, which undermines our constant policy of finding offsets. We have three weapons with which to fight back. One is to use these skills to keep out of the epicentre of danger – which is ‘safe’ assets. The second is to rely on more unconventional asset classes in small size, where deep shocks can give big paybacks, and ‘more of the same’ results in manageable losses. Last, and far from least, is our preoccupation with what the investment landscape will look like after this phase has passed, and it is in this constituency that we have most confidence.

I had nearly got through an investment report without mentioning the i–word – but we remain sure that it will be inflation which transfers much of the world’s wealth away from the saver – and into the hands of those who are protected against such an outcome.