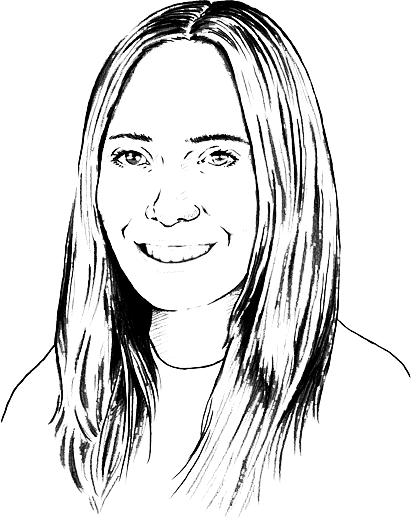 Water, in many ways, is a proxy for life itself. Civilisations have sprung from fertile river valleys and along the trading routes of the seas. For NASA, when searching for extra-terrestrial life, the guiding principle has been to ‘follow the water’.

What is water scarcity?

Quite simply, it is when available freshwater supplies fail to meet demand. But water scarcity is not confined to regions of low annual rainfall. It can arise from poor infrastructure or mismanagement. As populations soar, freshwater supplies  are failing to keep pace. Almost half of  the human race now live in water-scarce regions.
Water scarcity and climate change
Disruption to weather patterns and an increase in extreme events have played havoc with the water cycle. If climate change is a shark, then water resources are the teeth. The freshwater crisis is alarming not only because of our dependence on water, but also because of the speed at which the crisis is approaching.
A low-water mark

Only 3% of water in the world is freshwater. Of that, two thirds is locked in ice. The majority of the remaining 1% is subterranean, difficult to access and hard to replenish.1 The tiny fraction of water that we can access should be enough to sustain a growing population. Yet our starting point for water security is worrisome: 2.2 billion people  still lack access to drinking water that is  managed safely.2

Covid-19 has exposed years of underinvestment in water and sanitation. Only around 60% of people have facilities to wash their hands at home.3 This makes simple virus prevention measures impossible. The United Nations’ sixth Sustainable Development Goal calls for “the availability and sustainable management of water and sanitation for all”, yet in July 2020 the UN itself said that the pursuit of this goal is “alarmingly off track”.

Competition for water has been a source of human conflict throughout history. We may have exchanged the water mills of old for the Three Gorges Dam, but the relationship between mankind and water remains unchanged. As water becomes scarcer, conflict seems inevitable. Of the 500 water-related conflicts since 1900, half have occurred in the last 10 years.4

In Kashmir and Delhi, recent droughts have sparked violent demonstrations against the government, and similar stories are unfolding in Iran and Iraq. In Yemen, water is not so much a cause but a casualty of conflict in the ongoing civil war, with essential water sources targeted as a tactic for weakening the opposition. Trouble is also brewing with the Grand Ethiopian Renaissance Dam (GERD) on the Nile, where in 2020, Egypt threatened military action.

In the driest regions in the world, freshwater supplies have already reached the point of exhaustion. It is estimated that water scarcity could displace 700 million people by 2030.5

Five years of drought in the Central American dry corridor forced farmers into the US in search of work. In Syria, the civil war was pre-dated by the harshest national drought on record between 2006 and 2011.6 Water scarcity led to widespread crop failure and consecutive poor harvests, driving rural families into cities to seek employment. The strain on food resources and infrastructure led to outbreaks of violence.

Day zero
Day zero is the first day the taps run dry. It has already dawned on several cities, most famously Cape Town in early 2018. Water was restricted to 60 litres per person per day in the South African city, around one sixth of what the average American uses every day at home.7 The crisis exposed the delusion that our drinking water supply is unlimited. Cape Town is not the only city to have come so close to disaster: São Paulo in 2015, Barcelona in 2008, and the Indian city of Shimla in 2018 have all faced the ticking clock of day zero.8
Solutions – technologies and economic tools
Improvements in efficiency and the use of new technologies can help minimise demand while maximising supply. The Goreangab waste treatment plant in Namibia offers an example of how water reuse technology has eased the scarcity crisis for one of the most arid countries in the world. Established in the 1960s to recycle wastewater, the plant now supplies around a quarter of the freshwater required by Namibia’s capital, Windhoek. Other new technologies are emerging, from the desalination of seawater to new sensors for detecting leaks, all of which should help us use and reuse water more efficiently. Economic tools, such as thoughtfully constructed pricing mechanisms and the reduction of harmful subsidies, can ensure that the true value and scarcity of water is reflected in its price.
Solutions – legal and public policy
For many, the fundamental problem of water scarcity lies not so much in the available volume of freshwater but in its management. This means that legal and policy-based tools are a crucial part of the solution. These tools must ensure that human rights are protected and water-sharing agreements are fair and enforced both sub-nationally and across borders: 60% of global freshwater flow comes from basins which cross national borders.9
The way forward?
The answer most probably lies in employing a combination of approaches. Focus solely on efficiency, and the livelihood of remote farmers growing alfalfa in the desert is untenable. Put too high a price on water, and you risk exacerbating inequality and hindering emerging economies.

The value of water, unlike gold, does  not depend on its scarcity. Its value lies in its necessity.

Print to PDF
2021 Q1 report
In our latest quarterly report, Research Director Alex Barnett explores the transition to electric vehicles, and we share our stewardship and engagement activities during the first quarter of 2021.
Read
The race to net-zero
The UK made headlines in the summer of 2019 when it became the first major economy to pass a law requiring greenhouse gas emissions to be reduced to net-zero by 2050.
Read
Tailings dams
We have been mining the world’s natural resources for thousands of years. Yet the global demand for these is only likely to increase in the future, given their role in supporting economic and social progress and enabling innovations and technologies that are needed to address climate change.
Read

our thinking
Easy money comes, easy money can go
May 2021: Over the past five months investors put more money into equity funds than in the previous twelve years combined. At Ruffer we believe we are entering a new regime, which will be disastrous for conventional bonds. But what will this new regime – with the global economy poised for a growth spurt – mean for equities?
Hermione Davies
6 mins | Green Line
Investment Review
April 2021: Looking back over the past year and a bit, we feel a sense of relief Ruffer has performed well through another crisis – protecting clients from the initial covid turmoil, and making good money in the many weathers that have followed. Yet the markets remain our master – they will do what they do, when they do it: we must do our best in that context. And that context is about to change.