The coronavirus crisis has accelerated pre-existing tectonic shifts that are changing world order. 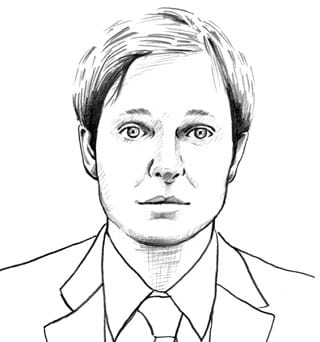 Together, these make for a more volatile and inflation-prone regime, one that is less favourable to capital. In short, we’re moving from a world where profit trumped politics, to one where politics trump profit.

The ostrich effect describes a refusal to engage with negative information. Pre-pandemic, much of the investment world was in denial about the reality of Cold War II and the geopolitical regime change it entails.

Little wonder. Several decades of Great Power peace supercharged globalisation and the integration of cheap Chinese workers with the world economy. Both have been key drivers of the falling inflation, interest rates and volatility which have underwritten a Golden Age for capital. But unfettered Sino-Western entanglement only made sense if history had died with the first Cold War. It hadn’t, and a new East-West schism guarantees at least a partial unravelling of this profitable settlement.

With covid-19 fallout sending US-China relations to their lowest ebb since formal ties were established in 1979, a fundamental change in world order is now harder to ignore. Trade tensions quickly became a footnote as the tech war escalated, morphing into outright hostility and nakedly ideological competition...

Ruffer Review 2021
Download our 2021 edition of the Ruffer Review. In it we explore the fate of traditional balanced portfolios, our latest big picture thinking – on regime change and inflation – as well as fresh perspectives on trust, belief and behavioural bias.
Read
Jurassic risk
The death of inflation has been greatly exaggerated. Its return will ruin the traditional balanced 60/40 portfolios. Investors need to prepare for a world of greater inflation volatility and with it the possibility that bonds and equities fall in tandem.
Read
Cold War II
World order has never been so complex for investors. The US and China have entered a new phase of long-term strategic global competition.
Read

This article was originally published in the Ruffer Review 2021.