The race to net-zero 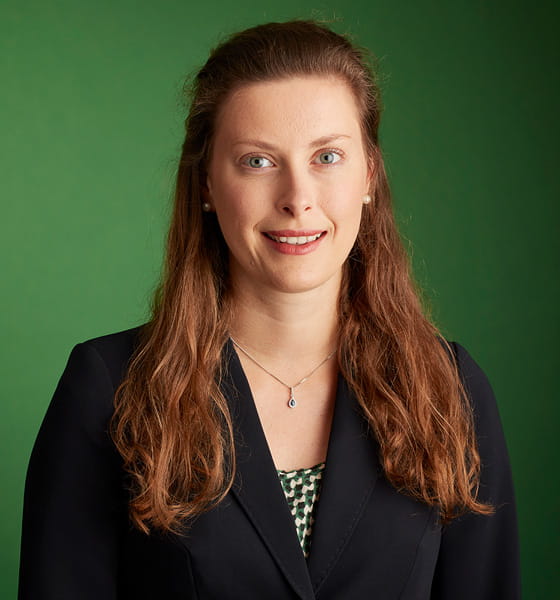 The UK made headlines in the summer of 2019 when it became the first major economy to pass a law requiring greenhouse gas emissions to be reduced to net-zero by 2050.1

Since then, Denmark, Sweden, France and New Zealand have all adopted similar laws. Companies have followed suit, from Unilever to AstraZeneca.

So what has led to this rush of commitments by both companies and countries and how meaningful are these pledges? To answer these questions, we need to consider the Paris Agreement.

Since the Paris Agreement was reached, the most commonly reported outcome is the goal to limit the increase in global temperatures to well below 2ºC above pre-industrial levels. However, the more ambitious goal, to limit the increase to 1.5ºC, has received less attention. In October 2018, the Intergovernmental Panel on Climate Change (IPCC) released a report which starkly laid out the likely consequences of global warming of 1.5ºC, and the additional damage that warming of 2ºC could cause.

It is the aim to limit the increase to 1.5ºC that has driven the rush of commitments to be net-zero by 2050.

The report stated that global temperatures have, on average, already risen 1ºC above pre-industrial levels and are currently increasing at 0.2ºC per decade. Therefore, it is likely that an increase of 1.5ºC above pre-industrial levels will be reached between 2030 and 2052.2 This report catalysed efforts to limit the increase in global temperatures to 1.5ºC in the long-term: an ambition which models suggest would require emissions of greenhouse gases to be reduced to net-zero around 2050.3

Although current governments and CEOs making a commitment which they will not be in place to be judged against may seem to some a meaningless gesture, the scale of the transformation and the time required to achieve these targets should not be underestimated. As the capital expenditure decisions taken today will have a significant effect on whether 2050 targets will be achieved, action needs to start now.

Critics note these ambitions are not accompanied by a plan of how they will be achieved in practice. However, this isn’t the first time politicians or corporate leaders have committed to goals many thought unachievable. Take, for example, President Kennedy in 1961, when he committed the United States to putting a man on the moon by the end of the decade. They may not have all the answers yet, but by making these commitments, companies and governments seek to encourage the brightest minds, backed by significant investment, to find the best path forward.

The transition to net-zero

For investors, like Ruffer, it is of utmost importance that the transition begins now. The longer this is delayed, the greater the chance of it occurring in a rushed and disorderly way, which would create additional uncertainty for markets. Former Governor of the Bank of England, Mark Carney emphasised this potential impact on financial stability: “We should make no mistake about it: achieving net zero requires a whole economy transition. Every company, every bank, every insurer, every investor will have to adjust business models. But doing so will turn an existential risk... into the greatest commercial opportunity of our time.”

The transition creates both risks and opportunities for the companies in which we invest, and these considerations inform both our investment analysis and our engagement discussions. Looking at companies currently held in Ruffer portfolios, both BP and Royal Dutch Shell4 have announced plans to become net-zero energy companies by 2050, marking significant changes in their business models and strategic outlooks. Additionally, in September 2020, ArcelorMittal announced a target to become net-zero across its global operations by 2050.5 Ruffer has been co-leading the Climate Action 100+ working group engaging with ArcelorMittal, more details of which can be found in the stewardship section of this report.

Since the Business Ambition for 1.5ºC pledge was launched in June 2019, 319 companies have made these commitments, in industries as diverse as mining and telecommunications.6 This is of fundamental importance, as these targets include a company’s emissions across its value chains. Therefore, to achieve these greenhouse gas emissions reductions in the most cost-efficient way, new partnerships will need to be forged, not only within, but between, industries. Partnerships such as the Energy Transition Commission and the Mission Possible Platform, convened by the World Economic Forum, will be vital to establish better co-ordination between sectors as we transition from linear to circular economic models.

Policy makers and business leaders are now looking ahead to the delayed COP26 which will be held in Glasgow in November 2021. Countries will be required to submit their updated Nationally Determined Contributions for the first time since the Paris Agreement was reached in 2015. Following the result of the presidential election in November, the US looks set to re-join the Paris Agreement and it is hoped that COP26 will re-invigorate the global collaboration needed to achieve meaningful change. It is not only carbon-intensive sectors that will be directly affected by the outcomes of COP26, all sectors and particularly the financial sector will be affected by the agreements reached. Christine Lagarde, President of the European Central Bank, has pledged to make climate change ‘a mission-critical priority’, in the launch of the COP26 Private Finance Agenda.7

We are encouraged by the steps already taken and expect momentum to grow ahead of COP26. As responsible stewards of our clients’ capital, we will continue to push companies to make further progress and provide additional information on how their climate targets will be met in the months and years ahead. The steps taken over the past year demonstrate how companies, particularly in carbon intensive sectors, are recognising the need to commit to addressing climate change to maintain their social license to operate. Due to the significant implications for companies, industries and sectors, we will continue to closely monitor developments and incorporate these into our engagement plans and investment analysis at both the macroeconomic and company-specific levels.

2020 Q4 report
In our latest quarterly report, Alexia Palacios reviews global efforts in the race to net-zero by 2050, and we share our stewardship and engagement activities during the fourth quarter of 2020.
Read
Tailings dams
We have been mining the world’s natural resources for thousands of years. Yet the global demand for these is only likely to increase in the future, given their role in supporting economic and social progress and enabling innovations and technologies that are needed to address climate change.
Read
Climate change
To tackle climate change, both governments and companies need to act; how companies manage their greenhouse gas emissions has become fundamental to their long-term financial performance. For investors seeking to influence the behaviour of companies, it is not necessary to choose either divestment or engagement, it can be a combination of both.
Read