Income at any price 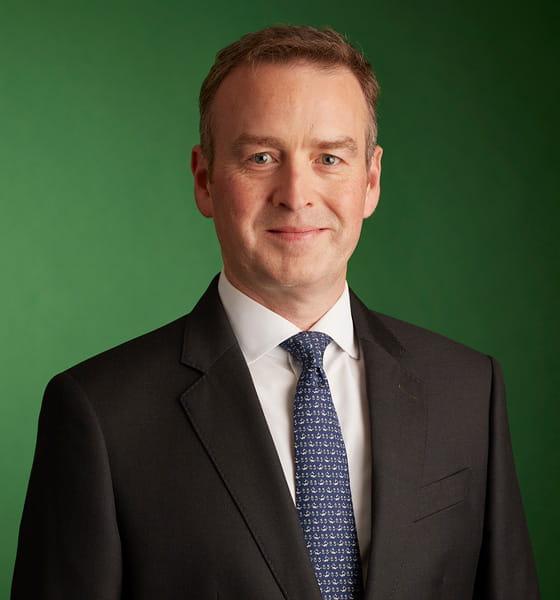 Marnoch Aston
Research Director
Oliver Shale
Investment Manager
For much of the last half century a sustainable income target has been the most definitive aspect of a charity’s investment policy statement.

For most of that period targeting income has been an entirely sensible strategy; a high yielding portfolio provides for the ongoing spending requirements of a charity, whilst leaving the capital untouched, compounding steadily to provide for future grant making, often into perpetuity. Providing an income was broadly achievable in recent history, made possible by the high prevailing interest rates of the era prior to the global financial crisis. It should always be remembered that income is an investment return and that every investment return is achievable only by accepting risk. Ten years ago a reasonable income could be achieved without taking excessive risk. Today, historically low interest rates and unprecedented quantitative easing have distorted asset prices, meaning what would have been considered a modest income target now carries with it much more risk. The worry is that investors now seem willing to pay almost any price for income with little regard for the risk, potentially jeopardising their capital.

This distortion of asset prices begins with cash, but extends throughout the risk spectrum to encompass most income yielding investments – government bonds, corporate debt, equities and more recently, alternative strategies. As the yield on the safest assets falls, investors are forced to experiment with increased levels of risk in order to achieve the same level of income return.

Fig 1 shows the short term UK interest rate and compares it to the rate of inflation. Before the crisis a deposit at a bank or a short dated government bill provided a steady income. More importantly, this rate was above inflation, meaning positive real returns could be achieved simply from depositing cash in a current account, as shown by the green shaded area in the graph. Now, not only is the nominal return on deposits virtually zero, but inflation is steadily eating away at the real value of cash.

A similar theme is seen across government bonds, with yields having been on a downward path for the last forty years, and even continuing into negative territory in many cases including much of Europe and Japan. Practically speaking, investors are now paying governments for the privilege of lending them money. In the late 1970s and early 1980s bonds were described as ‘certificates of confiscation’ because of inflation fears and shunned as an asset class. Yet currently there seems no shortage of demand for negatively yielding bonds.

The transition of government bonds from untouchable in the 1970s to essential today is a result of years of falling interest rates and falling inflation that has provided handsome returns for bond holders. The difficulty for many income seeking investors is that the composition of these returns has been changing, with capital appreciation comprising an ever larger proportion, at the expense of the income yield. Without operating a total return approach to grant-making, this capital gain is ring fenced from the spending abilities of a charity. To maintain a given income target investors have had to purchase equivalent bonds with ever greater maturity and duration.

Strikingly, today it would require holding a 30 year UK government bond in order to achieve the same 2.9% yield as a five year bond did in 2009. The problem with taking on this duration risk is that, when interest rates rise, the longer dated bonds will experience a much larger fall in price, and investors will be forced to choose between taking a capital loss or receiving an income well below market rates. Alternatively, investors could take on greater credit risk by lending money to different governments. Again the distortion is extreme. To find the same 5% yield received on UK ten year debt in 2007, one would now have to lend to Argentina, a country that has defaulted eight times, most recently in 2014!

Corporate credit has, much like its governmental counterpart, been a wonderful investment if bought at the right time. Unlike most sovereign debt however, it carries with it a very real risk of default and is less easily tradable, something for which investors should expect to be compensated in the form of higher interest rates, often measured as a ‘spread’ over a comparable government bond. At times these spreads, although volatile, have been tremendously high and corporate debt has been a popular source of income. More recently these spreads have been squeezed, creating some startling comparisons. The yield available on high yield euro corporate bonds has fallen below that of US treasury-backed debt, meaning some companies with junk-rated bonds such as Peugeot are able to borrow at a more favourable interest rate than the US government.1 As shown in Fig 2, the interest on high yielding US corporate bonds is now at similar levels to that seen on debt backed by the UK government prior to the crisis. Again, to achieve the same income investors now have to take on far greater risks.

Elements of the risks inherent in credit instruments can be proxied using a variety of measures. We might expect, given that credit spreads have compressed, that corporate credit has become less risky. But what we find is that measures of how much companies owe compared to how much they earn, are in aggregate getting worse. Companies have reacted to ever cheaper money by leveraging up and as a result, despite the headline interest rates falling, are diverting more of their income to servicing this debt. This situation, shown in Fig 3 since 2014, can only get worse if interest rates rise.

Even more concerning is that an overwhelming majority of this cheap debt is being spent on unproductive financial engineering; borrowed money is being used for mechanisms such as share buybacks to manipulate the earnings and price per share, measures that can be used to calibrate management bonuses whilst having little effect on the company’s bottom line. Rather than taking the opportunity of borrowing at such low costs to accumulate more productive assets – the returns of which would be geared to increased economic growth – companies have instead chosen to align their solvency with the maintenance of low interest rates and are now vulnerable to an increase in rates.

As many central banks begin to embark on rate hiking cycles led, albeit tentatively, by the US Federal Reserve, there could well be a surge in the likelihood and scale of global corporate defaults. In such a scenario, it is the income hungry investors who will suffer the most.

Last of the conventional sources of income is the dividends paid by companies. These too have proved a reliable income stream for investors in the past. Following the financial crisis dividend yields have fallen but have continued to look relatively attractive compared to bond market yields; though comparing dividend yields with those of low or negatively yielding bonds hardly sets a high hurdle. What is important however, as with any investment, is not the absolute yield one receives, but rather the returns relative to the price and by extension, the associated risk of capital loss. As is clearly a recurring theme, equity investors have been all too willing to pay up to meet their income targets, therefore inflating the prices of those companies paying high and stable dividends. This has led to the price multiples of the stocks with the highest pay-out ratios increasing relative to the overall market. Moreover, this relative price inflation is set against a backdrop of a general equity market that is itself alarmingly expensive. When valuations are as stretched as they are today, the risk return profile for many companies becomes heavily skewed towards the downside. If interest rates were to take a positive turn then investors would logically sell these high dividend payers.

Perhaps the most novel outcome from the current environment is the flooding of capital into alternative strategies such as ‘risk premium harvesting’. These strategies seek to produce income by selling derivatives which promise a routine upfront premium payment, much like an insurance policy, but are capable of rapidly accumulating losses in the event of a market setback. Despite the staggering risk of harvesting premiums in this way, the investment in these strategies has grown to an enormous size.

It is worth reminding ourselves of how we got here. The low interest rate environment has sent yield-focused investors searching in riskier places to meet their income target. This, coupled with the mass liquidity provided by quantitative easing, has distorted markets such that asset prices no longer reflect their underlying risk. Receiving income is not a bad thing, but capital has never been more plentiful and income never more scarce, so it is important to ask oneself whether it is worth the price being paid.

A question frequently raised is whether policy-bound charity trustees have any choice but to pursue income. One alternative is to adopt a total return strategy, whereby spending requirements can be met from both the capital and income gains. Ultimately, we feel that a focus on preserving and growing capital rather than pursuing an increasingly risky income policy will leave endowments best placed to meet their long-term spending goals.●

Print to PDF
COVID-19 and the dawn of a new market era
April 2020: The era of monetary dominance is over. Helicopter money signals investment regime changes ahead.
Read
German pension liability
The dangers of low discount rates and large pension liabilities is not unique to the UK.
Read
Ruffer Review 2020
Download our 2020 edition of the Ruffer Review. It covers everything from a new Cold War to the likely impact of the post-crisis surge in government spending.
Read

our thinking
Responsible Investment Report
In our latest quarterly report, Alexia Palacios reviews global efforts in the race to net-zero by 2050, and we share our stewardship and engagement activities during the fourth quarter of 2020.
Alexia Palacios
34 mins | Responsible investment
Inflation gets real – time to adjust
February 2021: Our view is that rising prices in some traditional industries are signalling that the recovery, when it comes, will look very different and be much more inflationary than anything we have seen for 30 years.
Hermione Davies
8 mins | Green Line
Investment Review
January 2021: A changing of the guard is also the way of the world – and on its way. We are preparing for a time when high taxes – on capital gains, wealth, and income – effectively constrain capital accumulation.