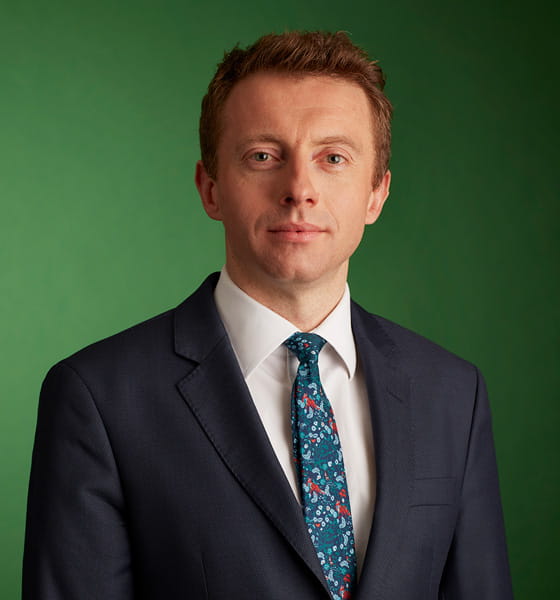 Clever salesmanship pushes high prices higher. Wealthy buyers compete to own something of seemingly permanent value. Until a new fact emerges. And the highly-priced assets command high prices no more.

This is not a tale from the financial markets – no Enron or Madoff – but the story of an art forger, Han Van Meegeren. In The Forger’s Spell, Edward Dolnick gives us a technicolour account of Van Meegeren’s life – part-history, part mystery, part-thriller.

It’s here – in the mythical folk-hero account of Van Meegeren – that a forger is born. Driven by a desire to humiliate his critics, to expose a smug and self-serving elite, Van Meegeren devotes himself to a cause: creating fake masterpieces from the Dutch Golden Age, new works by Frans Hals, Pieter de Hooch and Johannes Vermeer.

For six years in the 1930s, Van Meegeren works tirelessly, tinkering, innovating – using ovens, flower oils, turpentine, Bakelite – until he perfects a formula that gives his paintings the authentic aged appearance of the 1600s.

With a new forgery complete, Van Meegeren’s gifts as a story-teller kick in.

The Forger’s Spell is at its best when bringing us the experts duped.

In 1937 he tricks a friend into showing his Christ at Emmaus, to Abraham Bredius, a prominent art historian and collector. Bredius praises a “delicious Vermeer” and declares himself “in an almost overwrought state of mind, in ecstasy,” at his discovery. The painting sells for what today would be $2.6 million and is made the centrepiece of a special exhibition at Rotterdam’s Boijmans Museum.

Throughout the Second World War, Van Meegeren continues creating and selling new works by Vermeer and Pieter de Hooch, taking his earnings from forgery to the equivalent of around $30 million.

In 1943, the myth’s villain appears. Hermann Goring exchanges 137 paintings from his largely-looted collection for one “Vermeer” by Van Meegeren.

It’s said that the greatest forgeries are those still hanging, undiscovered, in the homes of wealthy collectors and on museum walls. The discovery of Van Meegeren came not from a forgery-too-far but from the forger’s confession.

In May 1945, three weeks after VE Day, a Dutch offi cial investigating Nazi collaborators wanted to know how Van Meegeren had come to be involved with a Vermeer in Goring’s collection. Van Meegeren gave vague answers, and was arrested.

Dolnick takes us into the jail cell. Van Meegeren “deprived of the cigarettes and sleeping pills and morphine he had come to rely on” is suspected of treason. His crime – selling art to an enemy in wartime – carries the death penalty. After six weeks of questioning, the forger cracks: “Idiots! You think I sold a Vermeer to that fat Goring. But it’s not a Vermeer. I painted it myself!” The investigators think this a ludicrous claim. To prove it, Van Meegeren agrees to paint another new Vermeer, before an audience of prison guards and journalists.

Van Meegeren’s case eventually comes to trial in 1947. Eight of his forgeries are hung in the courtroom in the Palace of Justice. Charged with fraud rather than treason, he is sentenced to one year in prison. Van Meegeren dies shortly afterwards, without having served a day of his sentence.

The power of the eye

For investors, perhaps the clearest lesson is on the perils of overconfidence and inflexibility. Dolnick quotes Anatole France: “It is in the ability to deceive oneself that the greatest talent is shown.”

The Forger’s Spell is at its best when bringing us the experts duped.

Cornelis de Groot, a man with “the prissy pedantic manner of a small-town librarian”, believed firmly in the power of his connoisseur’s eye. He’d vouched for the authenticity of a painting attributed to Hals; auctioneers subsequently identified the painting as a fake. The dispute went to trial. The scientific evidence – from the composition of the paints to the nails in the frame – pointed overwhelmingly to fraud. Rather than admit he was wrong, de Groot purchased the forgery, then published a book attacking his critics.

The scientific evidence – from the composition of the paints to the nails in the frame – pointed overwhelmingly to fraud. Rather than admit he was wrong, de Groot purchased the forgery, then published a book attacking his critics.

Bredius, the expert who claimed to have swooned at Van Meegeren’s “delicious Vermeer”, seems to have had private doubts about the authenticity of the painting. Yet to acknowledge these doubts would have damaged his own reputation. In a world where infallible accuracy is the mark of excellence, Bredius doubled-down on his praise. He was furious when two other experts called Christ at Emmaus a rotten fake.

Nearly 40 years after Van Meegeren’s confession, Dirk Hannema, an  ally of Bredius, continued to believe that Christ at Emmaus was Vermeer’s greatest masterpiece.

Van Meegeren died a popular hero, and this perhaps is his greatest deception. Dolnick tends to present Van Meegeren as a lovable rogue, a talented hoaxer, a bedfellow of the weavers in Hans Christian Andersen’s The Emperor’s New Clothes. Jonathan Lopez, whose life of Van Meegeren2 was published in the same year as Dolnick’s, shows us the unvarnished forger. A man driven by greed and anger. An anti-Semitic Nazi collaborator. A traitor in wartime. This is the real Van Meegeren. And it’s this Van Meegeren who re-cast himself during his arrest and trial – as a good sport who’d swindled Goring, as a plucky outsider who’d managed to humiliate a pompous elite.

Shortly before his death, Van Meegeren ranked second only to the prime minister in an opinion poll of popular Dutch figures. Once more, Van Meegeren had succeeded in getting people to see what he wanted them to see. He’d brought public opinion under The Forger’s Spell.

Print to PDF
Book review – Disrupted
Candy walls and the cult of a company.
Read
Book review – Dignity
Seeking respect in back row America.
Read
Ruffer Review 2020
Download our 2020 edition of the Ruffer Review. It covers everything from a new Cold War to the likely impact of the post-crisis surge in government spending.
Read

This book review and the statements made therein reflect the personal views of the individual author.